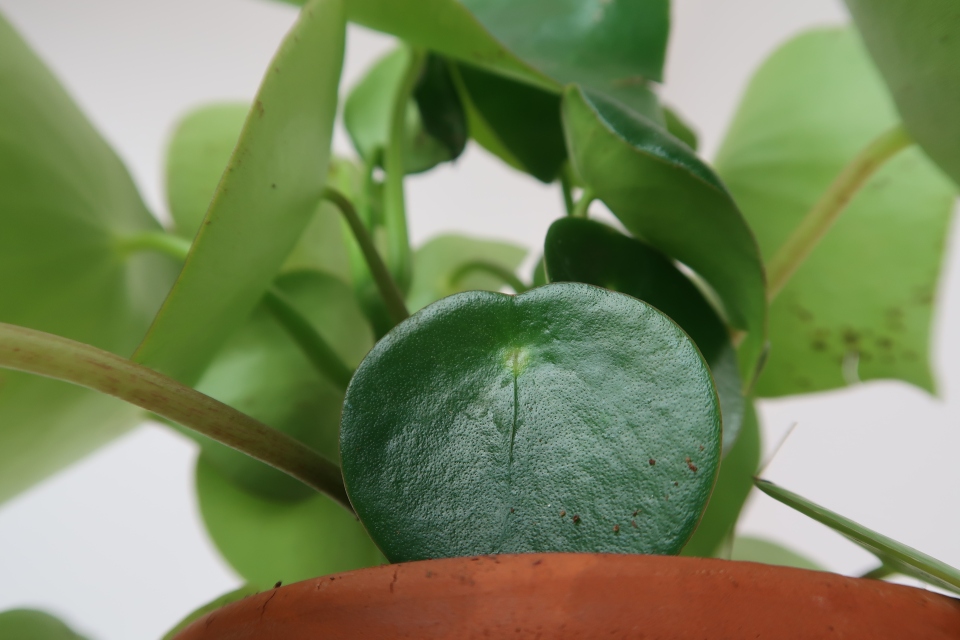 Since I’ve had somewhat of a hiatus on this blog for the past couple of weeks I thought we would take it easy this week with a small update about my plants and how they’re doing In general, since I last updated you on that matter.
A lot of things has happened in the time I was gone. One of which was a trip away for about three weeks where I was unable to water or take care of my plants at home. You would imagine that would have been a death sentence for just about any plant but most of them actually seemed to be doing just fine when I returned. One however did not make it and I had to say goodbye to my small tangerine tree. As sad as that was, life moves on and I bought a couple of more to take its place and that’s what I’m going to write about today: How I saved the remains of my plants after weeks of no watering (I have no clue myself really but I’ll try my best to explain), Which plants I bought afterwards and which I’m thinking of adding to my collection going forward.

Coming home from tour was pretty stressful on its own but getting home and realizing you completely forgot about the well-being of the only other living beings in your house was quite an abrupt wake up call. I remember being both incredibly tired and jet-lagged but still taking the time to at least water them all before going straight to bed afterwards. Looking back I’m really glad I did that because that was the very first step I took to try to salvage them. They where so dull looking and dry that I don’t think they could have gone on much longer. I was honestly very surprised that only one plant died during that whole ordeal.
First step in saving these incredibly malnourished plants, was water. However you can’t just pour a whole lot of water on them and expect them to be okay after that. You also want to make sure that you don’t over-water them and accidentally end up drowning them instead. So I had to take it day by day. Slowly nurturing them back to life. Most seemed fine after a couple of weeks time. They slowly got some of their green color back into their leaves and less yellow surrounding the edges. I also moved some of them to a better spot in the house where they better could absorb sunlight. That’s literally all I did. Most seemed to take to this treatment really well and as long as I watched them and made sure they had what they needed, they could do the rest on their own.

Now to introduce you to the two newest members of the family, which I bought quite recently on my way back from shopping, with way too many groceries and way too little self-restraint to care. Needless to say, it was a slow walk home.
The first one I want to introduce is a small Palm which I am definitely planning on putting outside once it’s big and strong enough. There wasn’t much information given with this one but after a little bit of researching I think the species more specifically is a Dwarven Chusan Palm Tree.
The reason I chose this plant is because I’ve always wanted a palm. They’re so lush and green and can take quite a bit of heat, which is honestly perfect for the weather right now. With their wide leaves they take up a good amount of space as well and will add a good bit of color to your home. They’re also fairly easy to take care of. As with most “easy-to-care-for-plants” make sure they’re in a good temperate spot in the house and let the soil dry between watering. Simple as that. 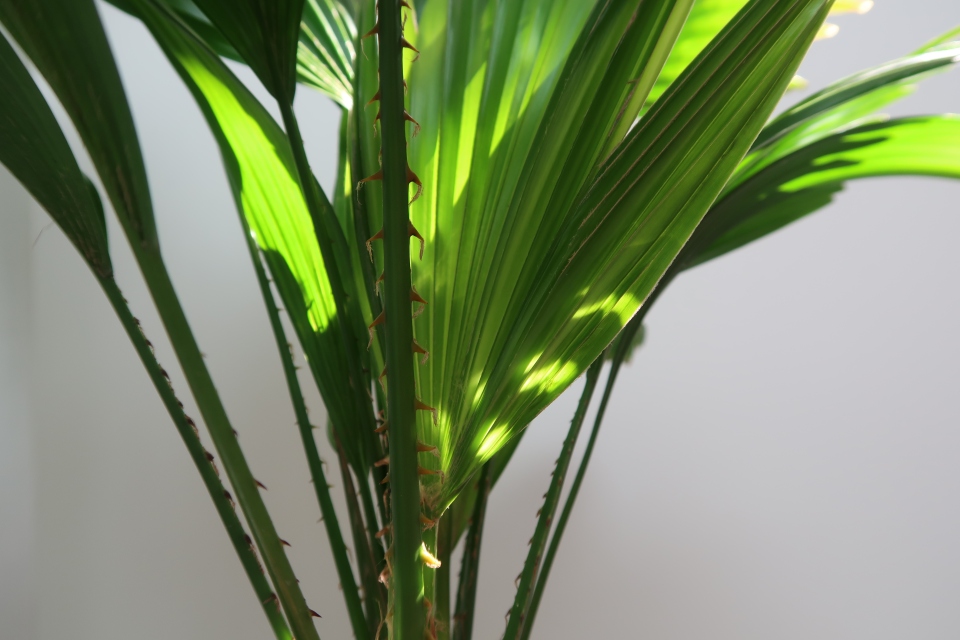 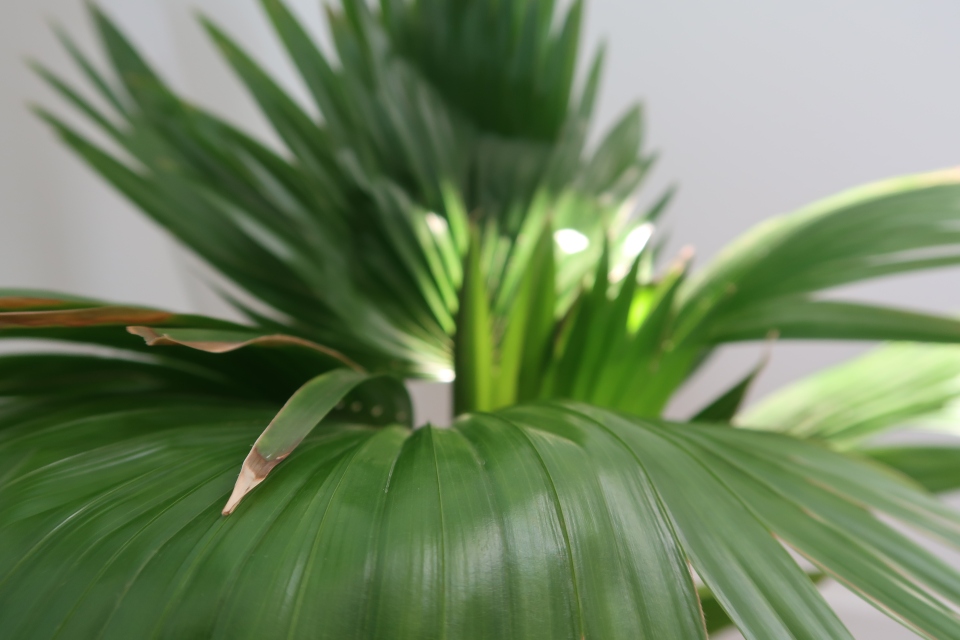 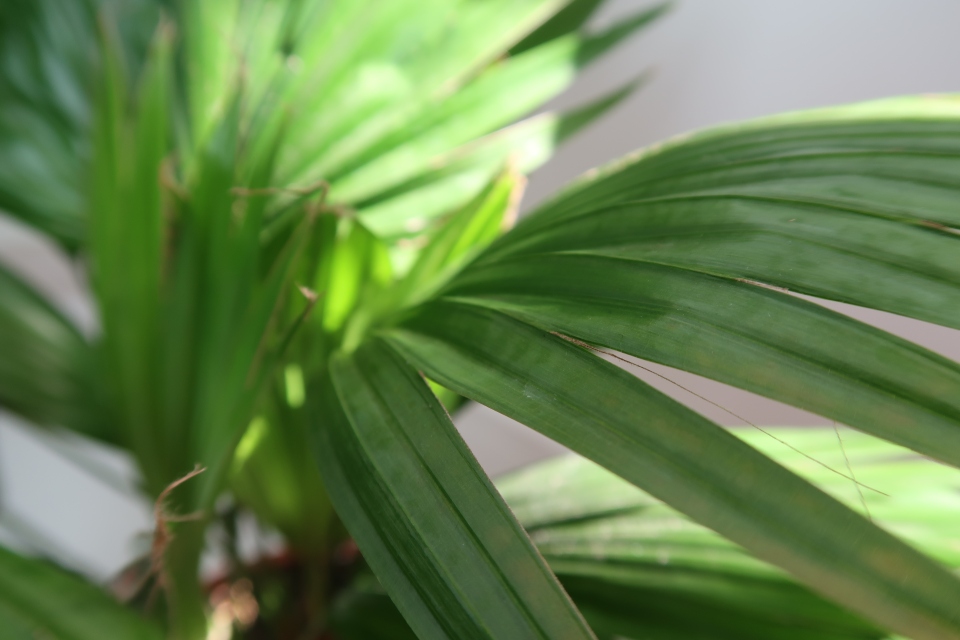 The second plant I bought was a Peperomia Polybotrya, also known as a “Raindrop” plant. Not to be confused with the really popular Pilea Peperomioides, or as that’s more commonly known, a Chinese Money Plant. That everyone and their mother seem to have on Instagram right now. Though they do look similar (and are actually cousins). I purposefully chose this one over the other. Not so much because of its popularity ranking but because I simply liked it better. I did however end up chatting with the shop keeper about popular plants on Instagram and how many people will buy what’s popular, instead of thinking about what they can actually take care of but that’s a story for another time.
I like this plant because the leaves are bigger and glossier than those of the Chinese Money Plant and also slightly heart-shaped. The plant also doesn’t spill too much over the sides like it’s cousin would. The third and most important reason why I chose this one, is that it’s apparently way easier to take care of.
Now I don’t know much about the popular Pilea Peperomioides but from what I can find it just seems to be a fast grower with frequent need of pruning. It’s also very succeptable to sunlight and overwatering so if you have one, make sure you are taking proper care of it and do your research.

There you have it! Now you are all up to date on my latest plant adventures. It probably won’t be long before I venture out and buy some more though, so until that time comes, I will continue to take care of the growing greens I already have.